We had the pleasure to meet Julia, Jacob and Nick the other day in Berlin and had a talk about their musical influences, their latest record ‘Twenty Two In Blue’ and about fashion of course. 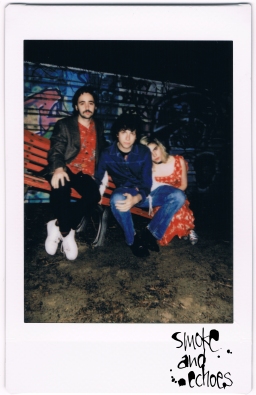 Thanks for taking the time to have a chat with us. Did you enjoy your headline Berlin show at Rosis the other day?

Julia: Thank you for being there! Rosis is definitely a cool venue that should be protected at all costs!
Nick: Yes very much so! We’ve been having a lovely tour and so thankful so many people are coming out to see us. Plus the venue fed us a delicious bread and cheese plate.

How do you like Berlin in general? Do you also feel a special vibe in the city, while strolling around the streets?

Julia: Definitely. Berlin has the vibe you can still find in NYC if you’re really looking. New York City has become super homogenized, so it’s nice to be somewhere a bit more raw.
Nick: We only have a limited amount of time when we’re on tour but from our walk today Berlin seems really busy and vibrant. We went to a small shop and got some coffee and soup.

You founded the band in 2013, where have you guys met?

Three years after founding the band you dropped your debut record ‘Human Ceremony’, which is a great record btw. You recently released your second studio album ‘Twentytwo in Blue’, what was the main inspiration for the new album?

Julia: Sometimes when you make art, you can’t fully even understand the inspiration until it’s done. After finishing the record, we could see what we were really going through. Resiliance is a big theme on the record. It’s about standing through the waves that crash over you and persevering.

In which way are you influenced and inspired by other artist?

Nick: We’re super influenced by people who cut there own path in the confines of rock music. There are so many tropes and pitfalls to avoid. One band that sticks out is Unknown Mortal Orchestra.

What’s your favourite song to play live (at the moment – we know that might change from time to time..)?

Julia: My favorite right now is “Only A Moment” because we are letting ourselves try new things with it, which is always fun. No set we play is ever completely identical to another, because we like to follow the spontaneity.

You were touring last year with Wolf Alice, supporting them on their UK shows and you also played a sold out Alexandra Palace. How was touring with Wolf Alice and how did it feel to play such big venues on another soil?

Julia: It was unbelievable. We could talk endlessly about those guys. Not only are they a wonderful band, but they are truly amazing people. They are super egoless, just making great music. It was a special special tour for them, and an honor to be on it!

What was the most funny/most embarrassing thing that ever happened to you on tour so far?

Julia: Too many things to count. One time I played a whole set with the bass amp turned off (it was on in the house so the audience could hear it) but I could barely hear it on stage. I was fighting with the sound engineer during the set about how I couldn’t hear it, and it wasn’t until the end of the set I realized my amp was completely off. That’s just one thing out of 100’s!

Have you ever wanted to become musicians when you were younger?

Julia: Yes. It’s my first memory. I was 4 years old on the playground thinking “I want to be in the Beatles 2.” Like a new Beatles.

If you were able to do a time travel, would you go back in time or rather see what the future holds for you?

Julia: It depends for how long! Maybe the future, because I am very excited about what it holds.

Julia, besides from making music, you were modelling for different brands like Diesel, H&M or YSL already. How did that come and how do you like modelling in general?

Julia: I started modeling after school in NYC to make extra money for food, all sorts of stuff, when I was 17 or so. The ball just kept rolling, and it’s been a wild ride. It’s a very perfomative art form, like instead of performing for 1000 people, you’re performing for one, the camera. I am very fortunate for what I’ve been able to do.

Also you did a cover shoot once for the German Vogue with the one and only Madonna, that must have been a great experience and it really shows off, the perfect amalgamation of music and fashion. What means fashion to you and how would you describe you style?

Julia: That was unbelievable. So last minute! She is such an incredible boss. Just being around her is enough to like, set you straight. It really shows you what a true boss is.

How important do you think is the way you dress (especially for your shows)?

Julia: For me, style is how I express my inner self every day. It’s how I know who I am. When I am dressed down I don’t always feel like myself. Style absolutely can be your art, too. So ultimately, it’s important for our shows and to have a good day!

Is there anything on your list (a venue, place or even a festival) you’d really love to play one day?

If you haven’t listened to ‘Twenty Two In Blue’ you should definitely do and we’re pretty sure there’s a lot more coming from the New Yorker trio in the near future. Check out their website for tour dates and more. 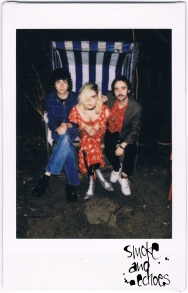 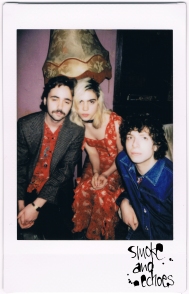 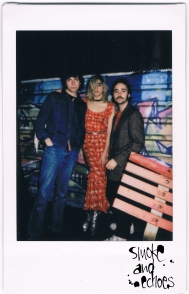 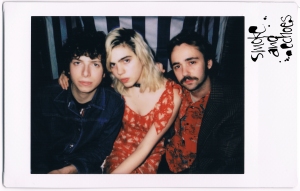 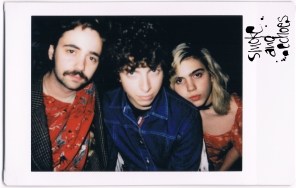 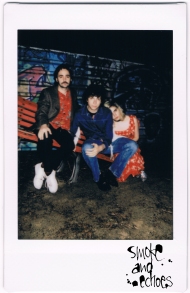 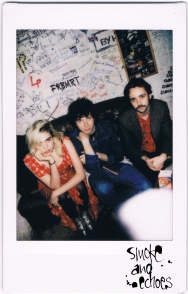 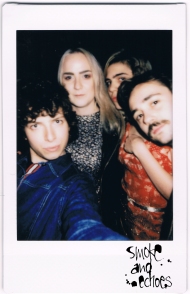