“Pop music is a multimedia form of art.
What you wear has a massive influence on the way people hear your music.”

Keep your ears and eyes peeled for the Munich based singer-songwriter Xavier Darcy! Darcy is not just a nice insider’s tip any longer. He also played bigger venues and stages, while supporting Hudson Tayler in 2015 and Rae Garvey in 2016 – and this boy knows exactly how to make the audience dance.

We met the young and talented singer-songwriter Xavier Darcy on a cold, but lovely winter day in Berlin and had a chat with him about his debut album, his favourite pieces of clothing and ‘big city dreams’.

I’m Xavier Darcy, and I’m releasing my debut album “Darcy” on the 24th of February!

Where are you from?

I’m half-English, half-French, and I currently live in Munich, Germany.

You released your former EPs under just your last name Darcy. Why did you decide to change your artist name into Xavier Darcy? Does it symbolise a change in your style/your music?

Nothing that complicated haha! I decided to make music under my real name because the name ‘Darcy’ has already been used by countless other artists, not to mention many fictional and non-fictional people! In the internet age I guess it’s important to have a clear identity that is unique and belongs to you. And ‘Xavier Darcy’ is a pretty unique name, it’s not like I’m called ‘John Smith’ or something haha! So when people google me, they only find my material and not some other artists or people.

Your debut album ‘Darcy’ will be out in February 2017 and you’ll be touring the end of March with your live band in some great German cities like Munich, Hamburg and Berlin. How does it feel to play your very first headline-tour?

This tour is an important milestone for me. For years I have been playing as a solo musician and whilst it has been great fun, I’ve always found it quite restrictive. With the band I can achieve a breadth and variety of sounds that would be impossible to do on my own. So I think it’s fair to say I’m very excited! We’re going to make people dance, laugh and cry, and maybe all three at the same time haha! It’s going to be amazing.

What are your songs basically about and how would you describe your style?

Well the easiest way to describe it is to call it pop music I guess! The songs are all pretty danceable and hooky, and the album as a whole has a real feelgood vibe to it. But the “bubblegum pop” music is married to lyrics which are anything but typical of modern pop. I wanted to reflect the reality of being a teenager in the year 2017, touching on very real everyday themes like drugs, smartphones and mental health.

We heard that you recorded the album in Berlin. Why did you choose Berlin?

This album is so lively and energetic, it felt wrong to go and record it in some sleepy place somewhere in the countryside. Our studio was right in the centre of Kreuzberg, in the middle of the hustle and bustle. I’d walk out of the studio at 3 in the morning, and the streets would be just as busy as they are at 3 in afternoon. There’s something magical and soothing about being in the middle of a big city. You can simply disappear into the crowd and watch the world go by.

In which way are you influenced and inspired by other artists?

Whilst writing and recording this album I was heavily influenced by the great pop records of the 1980s. Artists like Michael Jackson, Paul Simon, Peter Gabriel and David Byrne… Their songwriting was undeniably poppy, yet more complicated and layered than so much pop music these days. They also never held themselves back in their arrangements, production or performance. I find that pop has become so sanitized and minimalistic in recent years. They inspired me not to hold back and not be scared of making something more complicated and extreme than the current mainstream.

What’s the last record you bought?

“Natural History” by Talk Talk on cassette. I’m going through a real cassette phase at the moment. And a real Talk Talk phase.

Imagine if you could choose another decade of music and fashion, which one would it be?

The 80s obviously. It was a time when it was alright to be different in a crazy and completely ridiculous way, there were no rules to fashion back then. It was also the last decade when music really monumentally changed in my opinion.

What does fashion mean to you?

Fashion is an extension of who I am as an artist, and is an important means of expression. Pop music is a multimedia form of art. What you wear has a massive influence on the way people hear your music.

How would you describe your style?

Other musicians definitely have a big influence on me in terms of fashion. Musicians are used to standing out from the crowd, so they’re not scared to wear something radical and different. David Bowie and Matty Healy are two musicians who have really influenced my sense of style. They don’t care for conventions or norms and openly challenge society’s idea of masculinity.

A good jacket. I sort of build my outfit around which jacket I’m going to wear. Wether it’s a blazer, a pink leather biker or a tassel jacket, it’s always the centrepiece of my outfit.

What did you pack in your suitcase?

I always bring plenty of colourful clothes for the stage, a spare pair of shoes—never wear the same shoes two days in a row—my laptop with some external hard drives for all my songs I’m working on, a good book to read and a notebook for my ideas! 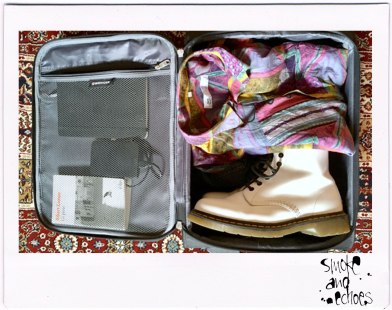 Well thanks a lot for this lovely conversation. We’re absolutely sure to hear from you in very near future, Xavier.

If you guys can’t wait until March you should definitely get his debut album ‘Darcy’ – which we can highly recommend. Scroll down for his first single ‘Big City Dreams’ and enjoy yourself while listening to future pop mixed with 80s homage sounds and watching poppy retro visuals. 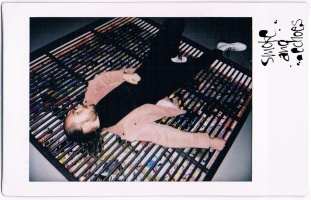 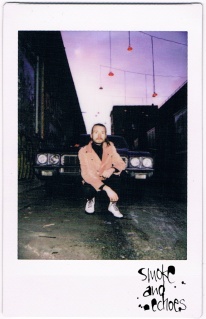 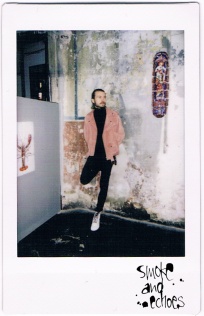